The National Council on Public History just highlighted the Asbury Park African American Music Project which will be powered via the Pass It Down platform. Check out the story below.

Editors’ Note: This post is part of a [email protected] series that complements “The Public Historian,” volume 40, number 3, which is about the history of the field of Black Museums. Entertainment and music are a big piece of Asbury Park’s history. Asbury Park’s thriving African American community and location in the same region as New York City, Philadelphia, and Atlantic City, which all had energetic music scenes, attracted African American musicians who were on the road, traveling what was sometimes called the “chitlin’ circuit,” a network of venues throughout the East, South, and upper Midwest regions of the United States that provided opportunity and commercial exposure for African American entertainers and artists.  Today, it is best known for musicians that have come through the Stone Pony, a music venue. But in a different era, it was Springwood Avenue on the West Side, the heart of the African American community, that made a name for Asbury Park.

This heritage is a source of joy for the community and reflects common narratives shared with many African American communities. It has been celebrated through various exhibits, programs, and publications over the years, but it remains unknown to many looking to learn about the history of Asbury Park, or it is not considered central to that history by those who share it with others. How can we preserve Springwood Avenue’s music history?

Famous acts have played at venues along Asbury Park’s beachfront for generations. These establishments hosted big names as well as local talent. But many people don’t realize that Springwood Avenue was once lined with music venues and many African American-owned businesses and homes. When the performances on the beachfront ended, musicians often made their way to Springwood Avenue to jam. Not only were the sounds of music icons such as Billie Holiday, Ella Fitzgerald, Duke Ellington, and Count Basie heard in venues throughout Asbury Park, but so, too, were heard jazz, R&B, and gospel, on front porches and in backyards around town, informally. Asbury Park’s famous spots such as the Orchid Lounge may be gone, but the sounds and stories that flowed from these venues linger in the community’s collective memory and need documentation as we are losing many from the generation who experienced this music in person.

In an effort to capture these stories, in 2017, a few Asbury Park community members began strategizing about ways to celebrate and highlight the music, culture, and history of Springwood Avenue. Together with project partners, the team submitted a grant proposal to the NJ Historical Commission (NJHC) for the Asbury Park African American Music Heritage Project (APAAMHP), a community-driven, volunteer-run initiative. In the summer of 2017, the NJHC awarded the Asbury Park Public Library a grant to conduct research, oral history interviews, and outreach about Springwood Avenue. The project received the 2018 Giles R. Wright Award from the NJHC at the Marion Thompson Wright (MTW) Lecture series at Rutgers-Newark. This award, which is given annually, recognizes an outstanding project that explores the experience of African Americans in New Jersey. The project was also recognized by Tahesha Way, Acting Secretary of the State of New Jersey, for outstanding contributions in documenting and preserving cultural heritage important to the State of New Jersey.

Thanks to the success of the APAAMHP, a new nonprofit organization, the Asbury Park African-American Music Project (AP-AMP), Inc. was launched at the end of 2018. AP-AMP’s mission is to:

Capturing this history is not easy. Most people have heard something about Asbury Park—a hip new award-winning hotel, the Music in Film festival, a new Haitian business or Mexican restaurant, or the LGBTQ Pride Celebration. In fact, Travel + Leisure magazine named Asbury Park one of the best places to travel in 2016. There are many positive things to point to in Asbury Park, but the community still reflects the profound impacts of systematic racism. In 1970, during a time of civil unrest and racial tension across the country, Asbury Park also experienced several days of violence and destruction beginning on the 4th of July. Within days, the once vibrant and thriving homes, businesses, and music venues of the Springwood Avenue neighborhood were largely devastated. 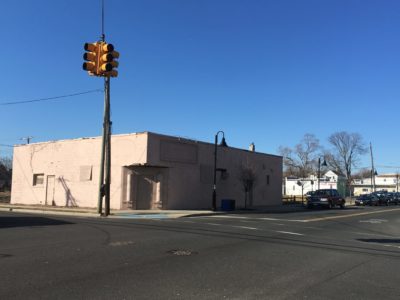 Music continued in Asbury Park and helped contribute to the city’s revitalization, but there has been minimal focus on the African American musical heritage that informed the music scene and played a critical role in the development of the city as a place of culture and arts. Springwood Avenue was once full of music venues, but only one remains: the site of what was once Leo Karp’s Turf Club, which stands at the corner of Springwood and Atkins Avenue. AP-AMP is in the early stages of an initiative to save the Turf Club by transforming the former night club into a music center for the community and preserve a sense of place.

In addition to conducting oral history interviews, research, interactive mapping, community programs, and outreach, including social media initiatives such as #westsidewednesday, AP-AMP is currently working with the Asbury Park School District to incorporate this content into the district’s curriculum. AP-AMP is partnering with Pass It Down, a digital museum platform, designed to help collect, preserve and share stories. Other project partners along the way include the Asbury Park Public Library, the City of Asbury Park, the Asbury Park Historical Society, Classic Urban Harmonies LLC, Proper Foundation LLC, the Asbury Park School District, the Bruce Springsteen Archives and Center for American Music.  Several community advisors, such as Mr. Tyrone Laws, Ms. Kay Harris, and other supporters, have shared their time, talent and resources. 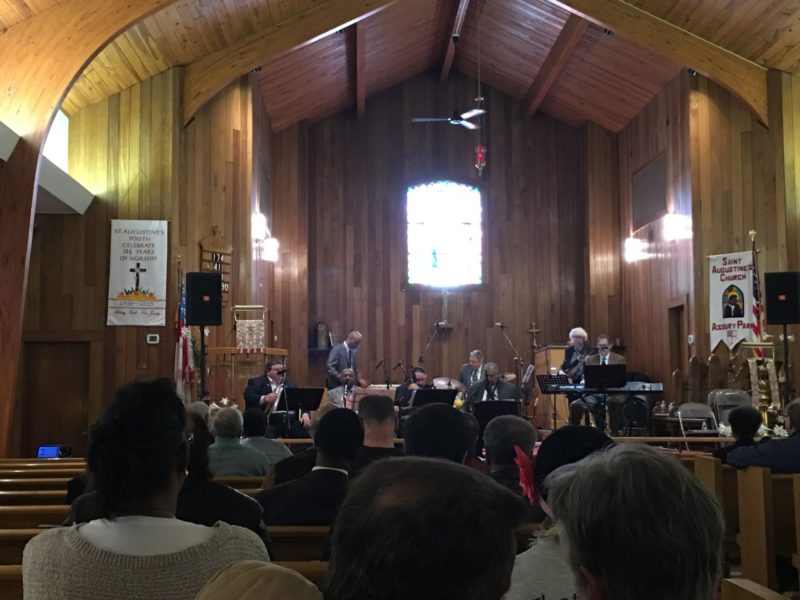 The stories and music of Springwood Avenue live in the collective memory of those who experienced it. Yet, the lack of documentation and celebration of Asbury Park African American’s history can lead to a perceived and actual erasure of culture. Although efforts are underway, it is difficult for a visitor to Springwood Avenue today or a community member who grew up near Springwood Avenue, to get a sense of the culture and history of the community that helped shaped the City.

In “Growth of Historic Sites: Teaching Public Historians to Advance Preservation Practice,” published in the recent issue of The Public Historian dedicated to Black Museums, Brent Leggs noted the importance of “bringing forward the African American narrative” and “reconstructing a national identity that reflects the country’s true diversity.” The AP-AMP team believes that sharing the stories through those that experienced the history is the most successful and valuable way to celebrate Asbury Park’s comprehensive history. AP-AMP has prioritized outreach methods that showcase the stories and music of Springwood Avenue and allow people to continue to contribute their stories.

First-person narratives give us the opportunity to document and celebrate these extraordinary individuals, their families and community history. Mr. Cliff Johnson, an inspirational saxophone player who recently celebrated his 93rd  birthday, recalled:

“I was playing at the Elks . . . on my intermission, I would walk around the block . . . to the Capitol, listen to what the musicians were playing there . . .  walk just a few steps down from the Capitol, walk into the Turf Club, check those guys out. It was like a round robin. Those guys, when they were on a break, they wanted to come see how we sounded. All this was within four minutes, three venues within four minutes, and music going all the time . . . all the time . . . all the time. It was fantastic.”

His words make us all hear music flowing into the street from every direction and we feel like we are on Springwood Avenue with him. The more the stories of Springwood Avenue can be heard, seen and shared through the voices and sounds of those who experienced it, the more they will help inform the future of the community and contribute to a more comprehensive and authentic history of Asbury Park and our collective shared history.

Down the Avenue, edited by Mike Sodano and Nancy Sabino of Showroom Cinema, Asbury Park and is available on YouTube.

Complete audio, video and transcripts of the AP-AMP oral history interviews are available at the Bruce Springsteen Archives and Center for American Music.

You can keep track of the project on these social media channels: